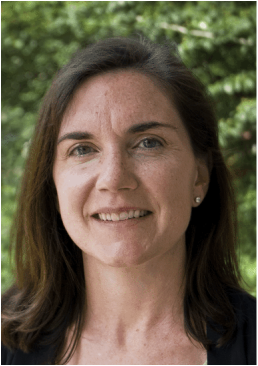 Lattice Defects in Ferroelectric Oxides and Their Interactions With Electric Fields
Prof. Elizabeth Dickey, North Carolina State University, U.S.A.
​
​Professor Elizabeth Dickey is a Professor in the Department of Materials Science and Engineering at North Carolina State University where she is the Director of the Center for Dielectrics and Piezoelectrics. A primary focus of her research aims to develop processing-structure-property relationships for materials in which the macroscopic physical properties are governed by point defects, grain boundaries or internal interfaces. Particular emphasis is placed on understanding the role of these material defects on electrical and chemical transport in dielectric materials.  Her research involves using an array of analytical techniques, in particular electron microscopy and spectroscopy, to understand the structure and chemistry of materials from the atomic to micrometer length scale. She has over one hundred forty peer-reviewed journal publications, which have been sited over ten thousand times. Early in her career, she received the Presidential Early Career Award for Scientists and Engineers (PECASE) for her work on metal-ceramic interfaces.  In 2010 she became a fellow of the American Ceramic Society and was awarded the Richard M. Fulrath Award by the Society in 2012 in recognition of her technical contributions related to the characterization of functional ceramics and composites. 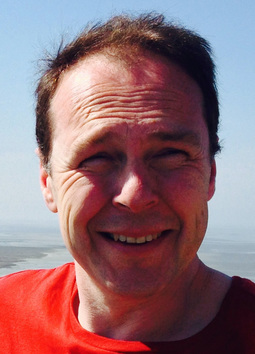 ​J. M. Gregg obtained his primary degree (1991) and PhD (1995) from Cambridge before joining Queen’s University Belfast, where he is now Professor of Condensed Matter Physics and Materials Science and Director of Research for the Centre for Nanostructured Media (CNM). He is a Fellow of the Institute of Physics and sits on the editorial advisory boards of the Journal of Physics: Condensed Matter and Physica Status Solidi. His research interests are in ferroelectric domains and domain walls. Studies over the last ten years have often involved the investigation of nanoscale single crystals cut from bulk using a Focused Ion Beam Microscope (FIB) but now he is also investigating nanoscale phenomena in macroscopic single crystals. 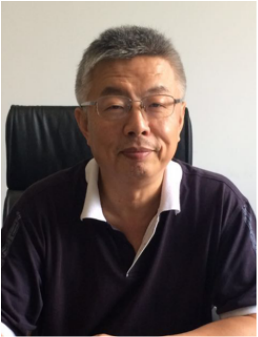 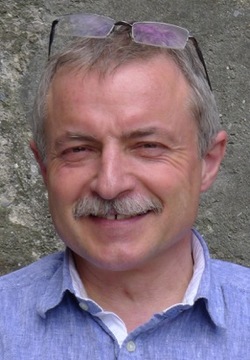 Pushing the Performance of Electro-Mechanical Thin Films​
Prof. Paul Muralt, École Polytechnique Fédérale de Lausanne (EPFL), Switzerland
​
Paul Muralt is titular professor at Swiss Federal Institute of Technology EPFL at Lausanne, Switzerland. He leads a group in piezoelectric thin film, MEMS, and nanotechnology activities within the Materials Science Institute. Having a background (PhD) in solid state physics, he moved more and more into thin films, surface, and materials science for micro and nanotechnology. In his professional career he was working at the Swiss Federal Institute of Technology ETH, the IBM Research Laboratory in Zurich, the Free University of Berlin, and in a thin film coating industry (Balzers) before joining EPFL in 1993. His early works dealt with incommensurate crystalline phases, and with scanning tunneling potentiometric imaging. Today, he is particularly known for his works in processing, characterization and applications of piezoelectric and pyroelectric thin films such as PbZrTiO3 and AlN, including also works on materials integration, micro machining, and device physics. He teaches thin film deposition, micro and nano structuration, surface analysis and introduction to ceramics. He authored or co-authored over 250 scientific articles (10’000 citations). He is IEEE Fellow, received the outstanding achievement award of the International Symposium of Integrated Ferroelectrics (ISIF) in 2005, and the C.B. Sawyer award from the IEEE International Frequency Control Symposium in 2016. He acted as co-chair of the MRS spring meeting 2008, co-organized MRS and E-MRS symposia, served in program committees of ISAF and ISIF conferences, and of the European Meeting on Ferroelectricity. 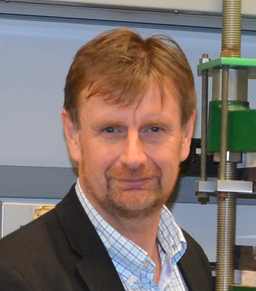 Cold Sintering - Rethinking What We Thought We Knew in Electroceramics
Prof. Clive A. Randall, The Pennsylvania State University, U.S.A.
​
Clive A. Randall is a Professor of Materials Science and Engineering and Director of the Materials Research Institute at The Pennsylvania State University. He received a B.Sc. with Honors in Physics in 1983 from the University of East Anglia (UK), and a Ph.D. in Experimental Physics from the University of Essex (UK) in 1987.  He was Director for the Center for Dielectric Studies 1997-2013, and Co-Director of the Center for Dielectrics and Piezoelectrics 2013-2015, still serving as Technical Advisor. He has authored/co-authored over 360 technical papers and holds 13 patents (with 1 pending) in the field of electroceramics. His research interests are in the area of discovery, processing, material physics, and compositional design of functional materials; with different processing and characterization methods. Prof. Randall has received a number of awards from various societies, including the American Ceramic Society Fulrath Award, Fellow of the American Ceramic Society, Academician of the World Academy of Ceramics; Spriggs Phase Equilibria Award; Friedberg Lecture at the American Ceramic Society; Edward C. Henry Best Paper of the Year from the American Ceramics Society Electronics Division, IEEE UFFC-S Ferroelectrics Recognition Award. 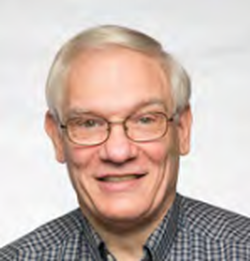 Dr. Smith is a Senior Principal Physicist in the Diagnostics, Imaging, and Biomedical Technologies Domain at GE Global Research.
After earning degrees in physics from the University of Rochester and University of Pennsylvania,  Dr. Smith developed designs and manufacturing methods for high performance (sensitivity, resolution, and field of view) ultrasound transducers leading to several “first of their kind” probes, including multi-row phased arrays, and pediatric endoscopes. During the last decade he has served both an engineer and manager in the successful development, characterization and production of increasingly complex ultrasound probes. These include cMUT arrays and several volumetric ultrasound transducers for cardiac, transesophageal, and abdominal applications that have become successful products for GE Healthcare.  Most recently he has been applying additive manufacturing to ultrasound arrays.   Most of these advances are based on a deep understanding of materials science, physics, and excellent cross-disciplinary integration with experts in electronics and electronics packaging at GE Research.  He is active in the IEEE-UFFC where he serves as an associate editor of the transactions and on the technical program committee of IUS.